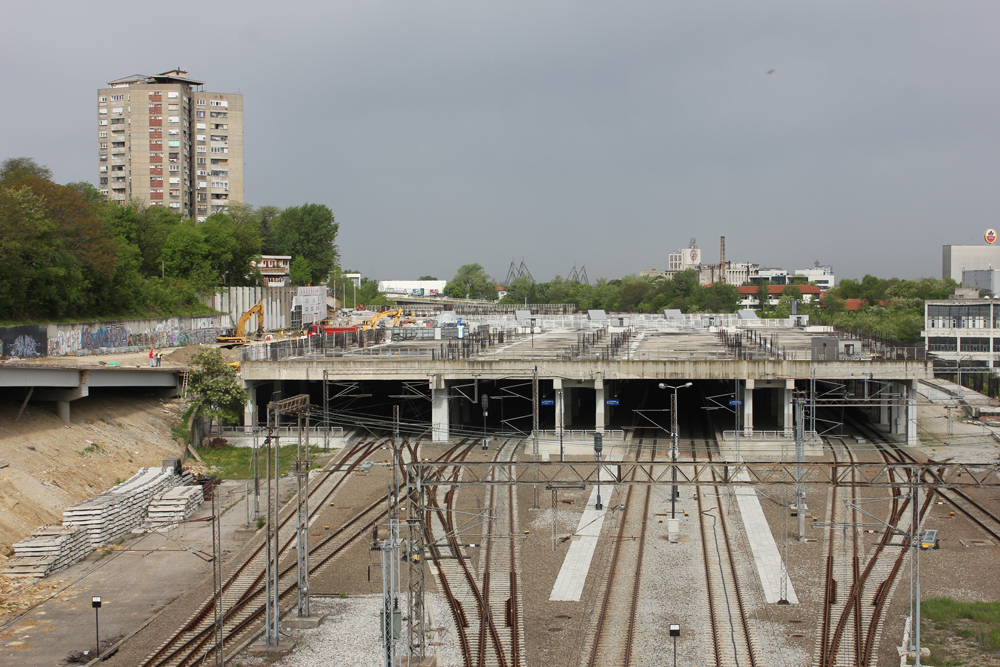 The fourth official meeting of the International Working Party of experts gathered around the ARL project «Spatial and Transport Development along European Corridors: An Example of the Corridor 22, Hamburg–Athens» took place in Belgrade, on the 27th and 28th April 2017.

As the territorial scope of this project is slightly different than the route officially covered by the EU TEN-T policy framework, the workshop was held in Belgrade, the capital of Serbia – the country that has been attempting to become a full EU member state for years now. Therefore, the most important strategic infrastructural and spatial planning projects have been discussed during the workshop.

In terms of transport development, the representatives from the Urban Planning Institute/Department of Transport, as well as from the Institute of Transportation (CIP), clearly state that the current priority project is the new railway station of Belgrade – started to be built even in the 1970s with a soon deadline for its completion. This new throughput station should serve as one of the most important nodes for international trains passing from various parts of Europe through the Balkans. Other important infrastructural projects include the road bypass, several road bridges and two new ports – all in the area of the Belgrade agglomeration.

The experts in the domain of strategic spatial development (coming from the Urban Planning Institute/Department of Strategic Planning and Development, the Belgrade Land Development Public Agency, and the Office of the Director of Urban Planning of the City of Belgrade) agree that Belgrade has a lot of developmental potential, however without strict prioritizations. The projects are made in advance and then offered not only to public authorities to be financed by the budget money, but they are also considered the interesting opportunities for the private investments. However, according to the members of NGOs and academic sector, what usually lacks in the latter case is the transparency in the planning process, dominance of private interest, and the effective mechanisms for involving all relevant stakeholders – experts and local community, which are nowadays sidelined in most of the strategic development issues in the Serbian capital.